There's a quote says by a famous person, "If you find someone you love in your life, then hang on to that love." - Princess Diana.

Twelve years ago, I had a crush on one person. He played the guitar at the church. He was a best friend to my other friend so I'm not really close to him. He was funny and sometimes quiet too. I was interested in his character. I was 16 and he was 18 years old at that time.

Well, you know what people say, love is blind for a kid, and I realize that I was still underage at that time. Having a relationship is not my kind of thing when I was still 16 years old at that time. But still, having a crush is not a crime. So, I kept that feeling until I was at college. At the age of 18, I got an offer to school away from my hometown.

Because I was keeping my feeling for so long, sometimes when I return to my hometown for a semester break, I will give him a present. Looking back on that memories, it was funny though. He was 20 at that time. Sure did, I tried to confess to him but things just get awkward. It's now or never I said, so I decided to confess to him. It took me two years to confess to that person.

In 2010, when I was 18 and he was 20, I finally confessing the truth to him. It was not easy. A bit humiliated and awkward. But still, it's was a funny experience. I waited for his response. Then, I get the answer and he accepted it. I was indirectly confessing to him, I was confessing through a message, well at that time, we don't have like what we had today, no Whatsapp, no Telegram, and no social media. I mean, we do have such as Facebook but we're not really into social media. So, we are using the traditional messaging that deducts your credit at 0.10 cent. LOL.
Never in my life confessing to a boy first. It might seem not right for a girl to confess first, but girl, if you like a person, don't wait and wasting your time, get up and ask and be brave to hear the response. Well, we did get to know each other in a long-distance relationship, but not in a serious relationship. Like what we know about serious love? None. We just kid at that time.

Unfortunately, the relationship had ups and downs. We do have a breakup session for a long time but we broke in a good way but it turns into an awkward situation. Truthfully, we really don't understand much about the future, we were still in school and learning how to pass an exam. There's a lot of things that yet to explore. So, we took a break for almost 6 years along with our own choice and life.

It was really a long period time of separation. But, regardless of how long we were in an awkward situation, it's a good thing because, from that period of time, a lot of things had happened, and I learned from a lesson and he became mature than before. Well, God works in a mysterious way.

What happened after 6 years will be kept as a secret, until a new chapter begins.
Stay in love with your loved ones. 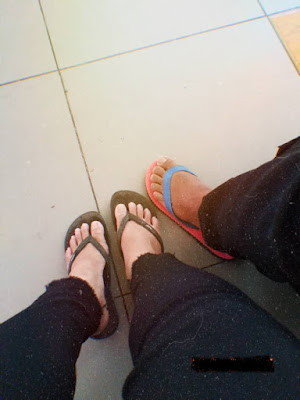