How to deal with people who doesn't like you | seewriteandpost.com

September 03, 2019
Have you ever walk out of your door and then suddenly you felt like wanted to enter your room again because you feel awkward and a sense that people hated you for no reason? or is it only by your feeling? Or have you ever felt like everyone hated you, no matter what you do, either it's good or bad? 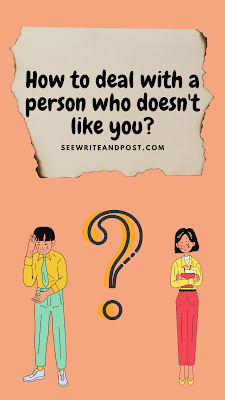 One day, I attended an event at someone's place. At the corner of the house, I saw someone looking straight at me as I was doing something that irrelevant. It's odd and making me feel uncomfortable, it makes me think, did I do something wrong? Is my T-shirt was torn? I felt like I've been blamed for something that I don't know what is it.
So, the fact that I didn't do any wrong, but people just like to tests your psychology and it felt so irritating.
Therefore, I am giving you all the tips on how to deal with a person that hated you for no reason.
Read also:
How to make the right decision?

It sounds so cruel but that is the least action you can do when someone tried to test you. It's not being disrespectful but rather than you hold the grudge inside your heart, it is better to act like you don't know or you don't care. Less drama than less trouble.

2) Try to confront them

I know this makes no sense, how can I confront them if I was acting like don't care? Well, at the same time you act like you don't care, you should confront them. Some people were easily get intimidated. At least, one time you had to confront that feeling and tried to be bold.

3) Try to focus on positive site 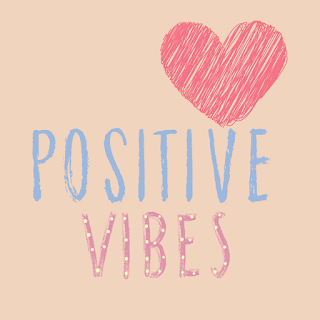 Don't ever change the way you like about yourself if someone dislikes you. Most people either young or old, try to change themselves just to be accepted by others. There were people who can accept you and they were just someone who can't accept it. But, it is such a waste to change yourself in order to be blend with others. Let people like you for who you are, and let the haters think about whatever they want. The best people will stay with you. 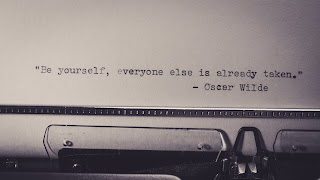