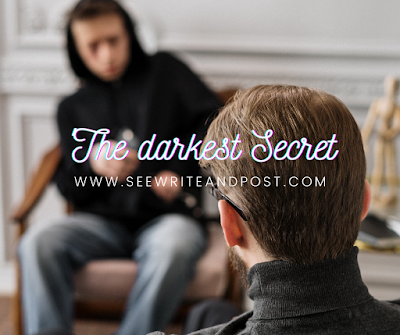 "My ancestor was living in one fine place, a big bungalow, and blessed with so much fortune. It was a blessing for us, we live on their fortune up until now. The next generation is living with a great living. My great-great-grandparents were a known people, until the fifth generation which is my parent, was blessed with such a good fortune. Except for my mom and me.
My real father died because of unexplainable diseases. In the year 1990, a year after my father died, my mom worked at a store organized by Fresso's company. It's a company run by a big family. When Mr. Fresso saw my mother, they get really close until they both were so into each other. Everything happened so fast. I was 15 years old on that day. Big enough to wonder something isn't right.
The following year, my stepfather married my mom, my mom gave birth to my twin stepbrother in the next year. I don't felt welcome in this family, I don't know but there was a hatred inside my heart. So, for about 5 years I've been trying to live with that families, and in my 20s years, I finally step out from that families, living my own life, and searching for my own path.
My stepfather never stop me from doing anything, he just let me do whatever I want as if he doesn't care if I'm missing. Don't even mention his parent, the one I supposed called my grandparent. They never talk to me, not even once have a glance at me. So, I hated it, I hate them. The day I set my foot out from that place was my biggest freedom ever.
About 5 years later, I was set back to go back to that family, but this time, I had my own goals and purpose on why I'm going back to that place. I heard that they something inside this house of Fresso's families. Something had happened since the '80s.
I was going to do an investigation from this family, something they hide inside that house for almost decades. I had a dream about this house. The basement was filled with cold and tears, and I heard people were whispering and screaming for help. They were evil. When I secretly enter that small door, and carefully opened it, I saw a bunch of people wearing the cloth of white color, and I saw my grandparent standing there like they were leading a ceremony.
On that day, while I was in the basement, I heard footsteps were walking near me, and I heard someone shouting "someones is here!", I run as fast as I can to get out of there, I thought it was my last day of seeing the world as I fainted. I don't know how did that happen, but then, here I am right now, facing you. They did something to me, doctor, they did something, they poison me, they telling you lies"
After a moment.
I stop writing and clicks on the pen and asking, How are you, Ben? are you feeling okay right now? and he said, never feeling better doc. I hope Fresso's family done. I wish they gone. Let's just think for a better result, Ben, here are your medicine. I said.
I am Dr, Samuel, and right now I am treating a patient named Ben. Ben is 30 years old, he is my patient diagnoses with Schizophrenia and had tremendously attempted to hurt himself and others for the past 10 years. His parent take him to this hospital when he was 20s years old, with the same story he been telling me every day, you'll never believe what he did for the past ten years ago.
All of his story trying to convince everyone that he is innocent, but there was more than what he was telling us every day was a lie. There was a twisted story lies on his tongue. The result of his hallucination and God's knows what happened to that person who he claimed to hear whispering in the basement.
The secret he's been kept by himself, maybe there was more in the basement, That the darkest secret he's been lying to people, his death of dad was one of the darkest secrets he kept. Hopefully what he was telling is just that, it's horrified.
These posts(The darkest secret) are a work of fiction based on the author's imagination. Any resemblance to actual events, locale, or persons, living or dead, is coincidental. If you had a story to share, kindly email me - shalienums92@gmailcom. It will be anonymous.
Read also:
Alone | Short story 2020
Dorm number 14 | Short story 2020