March 10, 2021
Our eyes see and record every memory that goes on in life. A blog that writes short stories, motivation quotes, blogging tips, and positive vibes.
Here's another fairy tale story for you. Rapunzel. Though it seems that there's has been a lot of storytelling regarding Rapunzel with different versions and different plots, there's only one story that is originally collected by Brothers Grimm. 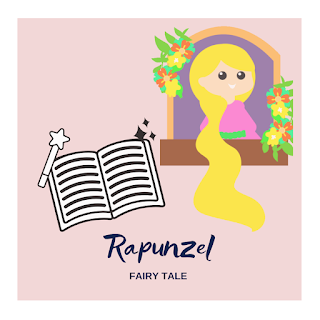 Once upon a time, there was a couple who wanted a child, they both lives next to a large corp farming that belongs to the sorceress. The wife was craving some rapunzel, an edible salad green nearby the sorceress's garden. She won't eat anything besides that, therefore the husband was worried about her wife because she was pregnant. So, he breaks into the garden to get some for his wife. He did it for the first time, and make a salad for his wife. But then, the wife still wants more of it, and he returns to the garden to gets some more. However, the sorceress catches him and accuses him of theft. The husband begs for mercy and the sorceress spares him under one condition. When the baby is born, he must give it to the sorceress. Sadly but he agreed.
When his wife giving birth to a baby girl, the sorceress takes her from them and she named the baby girl "Rapunzel" after the plant her mother craves for. Rapunzel grows up to be a beautiful child with long golden hair. When she turned twelve, the sorceress locks her up inside a tower in the middle of the woods, without a stair or a door. There are only one room and one window. Therefore, when the sorcerer visits Rapunzel, she will stand beneath the tower and call out to Rapunzel to let down her hair. Through that, she will climb.
One day, there was a prince ride with his horse through the forest and heard Rapunzel sings. He searches through the woods and eventually discovered the tower but unable to get into it. Therefore, he came back the next day and the day after just to listen to her beautiful voice. But, one day he sees the sorceress came, and by that, he keeps spying on how to enter the tower. Once the sorceress leaves, he asked Rapunzel to let down her hair using the words used by the sorceress. And she does, the prince climbs up and when he sees Rapunzel, they both fall in love. The prince asked Rapunzel to marry him, and she agreed.
They both planning for an escape from the tower. The prince came to Rapunzel every night because the sorceress came in the day. He brings Rapunzel a piece of silk to turn into a ladder. Things didn't go well with the plan. She told the sorceress that her dress became tighter around her waist, meaning she was pregnant and why it is easier for her with the Prince compared to her. In turn, the sorceress gets mad and cuts off Rapunzel's hair. She casts her out into the wilderness by herself.
When the prince came at night, the sorceress lets the cut's hair of Rapunzel down and tricks him. When he was at the tower, he meets with the sorceress instead of Rapunzel. The sorceress told him that he will never see Rapunzel again. Then, he falls from the tower, landing in a thorn bush. Fortunately, it didn't kill him instead it scratches his eyes and he became blind.
For years, the Prince wanders through the wastelands of the country and eventually comes to the wilderness where Rapunzel lives with the twins she has given birth, a boy and a girl. Then, one day when she was singing again, the Prince recognizes the voice and they were reunited. When they fall into each other's arms, her tears immediately restore the Prince's sight. By then, he took Rapunzel and the twin to his kingdom where they live happily ever after.
THE END.

So, that's the story of the original fairy tale of Rapunzel, and if there is something wrong with that (I mean, I might had written the wrong story, please forgive me). But, there was also another story the same things as Rapunzel, which they played in the Disney movie, Tangled.
It was different than the story written in the traditional.
But, whatever it is, I hope you enjoyed watching or read any fairy tale story.
Read also: Disney Story | The Cinderella story