March 17, 2021
This story happened in 2016, where I first met this so-called girlfriend. I am 25 years old at that time and I was working as a part-time tutor at some private college.
I was assigned in one of the classes teachings about economics. In that room, there were about 20 students. 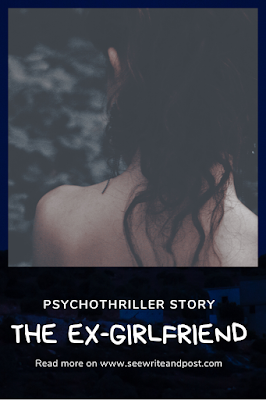 One day when I'd finished teaching, there's this one female student who left small notes in my book file before she and her friends left the study room.
I didn't read the notes until I came back to my home. I was about to read the notes when I get back, but I totally forgot about it. So, the notes being left on my file for about a week.
Until one day, the female student who left the notes for me came to see me face to face.
I was quite surprised but it didn't bother me. She came to the office and asked me if I had read the notes. But I guilty said to her, that I didn't.
She looks so disappointed with my answer but I tried to comfort her by saying that I will read it today. She just smiled and walk away.
So, when she left the office, I quickly read the notes as if I forgot to read them when back at home. When I opened the notes, I was shocked a bit. She wrote a letter to me.
" Dear Mr. Sam, I have something to tell you. I actually like to see you teach us since day one you step into our classroom. I wanted to tell you that I like you. Please forgive me if I had to tell you in this way, but here's my number, please text me."
And at the end of the notes, she gave me her phone number.
I was just stared at the paper and being absent mind for a while because I didn't know what to do. I was aware that, the student that I teach majorly 18 to 20 years old.
I didn't know how to respond to her answer so I just pretend that I haven't read it. But then, day after day she came to me to ask either I had read it or not.
To stop her from doing that, I answered her that I lose the notes. But still, she doesn't give up, suddenly she took out her pen, and write down the exact letter to me and ask me to read it in front of her.
I was flustered for a while, I know what the content was about, but I kept quiet. Then, she asked what I think about her?
I really don't know how to react at that time, because they were my student. But, I just said that I like you too. But, I didn't mean it in that way, what I mean was I like her as my student.
But, she took it in the wrong way. 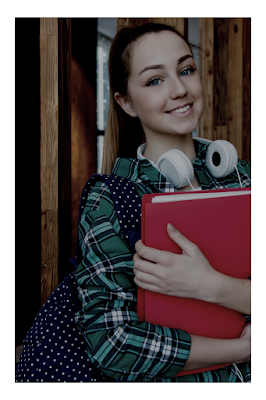 At that time, I thought she understands what I mean, but it turns to be the worst scenario.
Every time I go to work, she was there waiting for me in front of the class. And after a class, she asked me to take her to go for lunch together.
What is wrong with this girl? I thought.
And out of nowhere, I kept receiving this text message from an unsaved number, and it turns out to be that girl. I don't even know where she gets my phone number but sometimes I ignored the text.
Well, I can ignore the text but literally, I can't ignore her at school.
The way she acts to me was way too obvious as if she wanted to tell everyone that we're in a relationship. But, the thing is, it's only one side of love.
I was about to tell her that it's not like what she thinks of. But, I was afraid to break her heart and embarrassed her.
This was ongoing for about a week and a half, until one time I got the courage to tell her the truth.
So, after class dismissal. She was waiting for me as if I was about to take her out for lunch. But, it will not happen. So, I tell her the truth, I only like you as my student, not more than that.
I should tell her earlier.
Well, she can't cope with the reality.
The next day, she still going to school, but she didn't look well. What happened on that day really traumatized me.
I don't know what she told everyone about me, or spread a story about me.
During that time, I was called by the director of the college, we had a long talk back in that day. I was accused to attempt to commit adultery with a student.
Whaaaattt?
Never had in my mind to do that to my student.
Because of that, I was fired from my job. Little that I know, after several weeks I found out that it was actually a made-up story by the female student.
That's why I called her my psycho ex-girlfriend.
Disclaimer; The character and name used in this short story are a made-up name and it is based on the author's imagination. Any resemblance to actual events, locale or persons, living or dead is coincidental.
Read another short story:
A story untold by a best friend | Short story